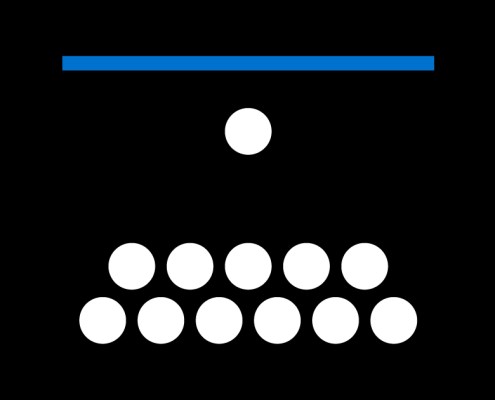 In 2017, we moved from a tall town house in Charing Cross to a large, open studio in Glasgow Green. One of the many perks that comes with the new space is the ability to host events – whether it’s parties, launch nights, presentations, or workshops.

Since starting, we’ve gotten a little addicted. Maybe it’s something to do with that rewarding feeling at the end of a successful event. Maybe it’s meeting interesting people you wouldn’t otherwise meet. Maybe it’s the copious amount of alcohol on offer. Let’s not analyse it.

Whatever the reason, we like it so much that we decided to host three separate events in the space of one week – the week that Glasgow was hotter than Spain. During one of the most dramatic weeks of the 2018 World Cup. All to the soundtrack of TRNSMT soundchecks. Here’s what we learned.

Our studio is great

It’s coming up for a year since we moved here, so although we might have started taking it for granted a bit, we do know how lucky we are to have such a dynamic space in the middle of both an urban and a leafy area.

On the day of our BIMA #SocialMediaDay event, temperatures rose to over 30ºC. TRNSMT soundchecks kicked off – loudly – and were due to go on until 8pm. And there were four World Cup matches on – two of which kicked off at 7pm.

Our building doesn’t have any aircon, so we bought some emergency fans, bags of ice, and hundreds of ice lollies. Still, as the day grew longer, hotter, and louder, we assumed no one would turn up. But they did! Around 40 of them. And they all commented on how much they love the studio – despite the excruciating heat and lack of cool air.

We were worrying so much about the uncomfortable conditions, we forgot people would actually enjoy being in the space. It is like something out of a movie in here – maybe a really cool fashion studio where Jennifer Garner works and everyone cycles around on hipster bikes or does yoga. – Andrew

One subject, lots of experiences

Although we all work in the same studio, we’re all quite different – even when talking about one pretty niche topic.

Three Front Pagers took part in the last Design Kids evening, where each speaker had to prepare 20 slides, with just 20 seconds to talk per slide. The theme was failure, and every person spoke really honestly about their own personal experiences – all of which were very different. The common theme is that they were all inspirational and uplifting, reinforcing the lesson that failure helps us realise what it is we really care about.

With three creative people who work at the same agency all talking about failure, I worried we’d potentially end up with really similar presentations. Far from it! From bad grades, to mental health, to stagnant side projects, and even very personal tough times, we’ve clearly all had very different paths. And it means we’ve each got something relevant to bring to the table. – Martin

People want to get involved

The last of our three events that week was Jot four. The event theme was a strange one – focusing on the hosting process and how it’ll work. As a fairly new community for people who write, this was a necessary evil and fairly dry subject.

Marking the future of Jot being in the hands of the community, it was encouraging to see lots of keen participants – again, even turning up on one of the most glorious days of the year. They’ve got lots of interesting ideas and potential hosts lined up – around enough to cover the next two years of events!

People want to get involved, so it’s important there’s opportunities that let them. Hosting events is a great way to get people encouraging and inspiring each other, and I’m excited to be part of that. – Laura