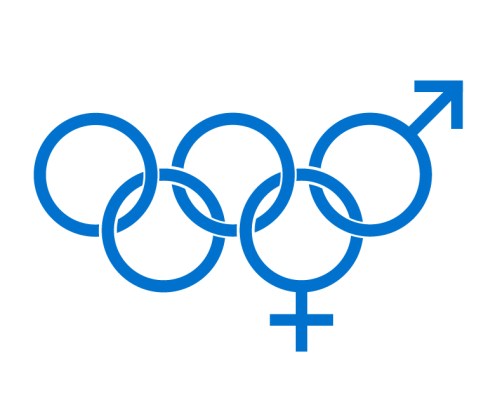 I’ve got an addiction. Over the past few days, I’ve become totally engrossed in the spectacle of the PyeongChang 2018. Every four years, we’re given the opportunity to enjoy some of the lesser known, and perhaps more obscure winter sports. Although they don’t get as much airtime as the sports in the Summer Olympics, we suddenly become ‘experts’ in things like moguls and curling – only to forget about their existence by the end of the closing ceremony.

Unlike the majority of sports that grace our screens, the best thing about the Olympics is getting to celebrate the performances of the world’s best female athletes alongside the men.

The Olympic Charter compels the International Olympic Committee (IOC) to “encourage and support the promotion of women in sport at all levels”. We’ve come a long way from the first ever Winter Olympics in 1924, which saw only 11 women compete compared to 243 men. This year, 43% of all competitors are women – an improvement even on the 2014 games, where 40.03% of competitors were women.

Since 2012, women have participated in every Olympic sport, and any new sports included must contain women’s events. However, the games do fall short in offering equal chances to men and women in some areas. For example, there are some disciplines where women have to jump off shorter hills, ski and skate shorter distances, and compete in shorter bobsleds.

So while we’re undoubtedly making strides, we still have a long way to come in the sporting world as a whole. According to statistics published by Women in Sport, just 7% of sports media coverage in the UK is dedicated to women’s sport. From 2011 to 2013, its sponsorship accounted for only 0.4% of total sports sponsorship. The highest value deal in that time totaled £450,000, compared to a men’s deal of £280,000,000 in the same period.

To see increased funding, sponsorship and public support for women’s sport, it seems more media coverage is the obvious answer. The appetite to watch it is there. According to Marketing Week, viewing figures of women’s sport – like the Women’s Rugby World Cup final – have increased massively, going from 200,000 in 2014, to 1.94 million in 2017.

I’m really excited to see what improvements will be made between now and the 2020 Olympics, and the next Winter Olympics in 2022. Here’s hoping for a 50:50 split between male and female competitors, and more media coverage of women’s sport in general. In the meantime, I’ll be getting my fix of the games before they’re over. The standout event for me so far has been the moguls (those poor knees!), but my hopes are high for the ice hockey finals. What’s been the standout event for you so far?

The history of women at Front Page
Scroll to top