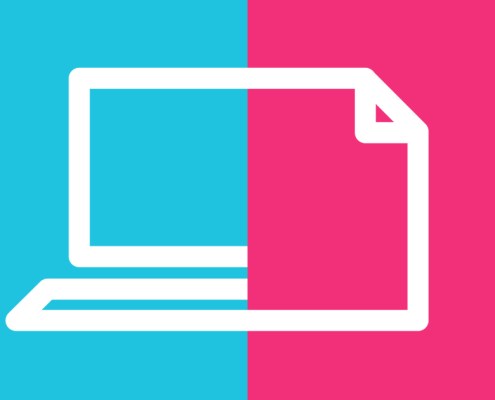 I wish I were a designer

Whenever I meet someone new, and I’m asked what it is I do for a living, I always reply that I’m a designer. Without fail, this is followed up with, ‘what kind of designer?’ An understandable and totally just question to ask—and one which I admittedly should have answered in my first response, as there’s a seemingly infinite number of design disciplines and they are all quite different from one another. Despite knowing the answer they’re looking for, I always pause for a moment before I grudgingly reveal that I’m a digital designer.

I’m not ashamed though; I love my job. My hesitation is partly down to not wanting to be pigeon-holed—as I pride myself in exploring as many different types of design as I can—and partly down to knowing their next comment is almost certainly going to be, ‘websites an’ that?’ (or something to that effect).

Were I to specialise in a more specific area of digital design I would undoubtedly adopt a new, more relevant title. That’s how these things work, right? User Interaction Designer, for example. Or a web designer. Motion graphics. Icons. Whatever. But I’m a digital designer covering a range of different applications and skill sets. This title best describes my position and makes perfect sense. So why do I prefer ‘designer’ over the more apt title I have? Ambiguity? Freedom? Maybe. But also I think it feels like a term of a time since passed. I mean, isn’t everything digital now (to a greater or lesser extent)?

A designer who works mainly in print is often referred to simply as a designer. Why then is it so important to announce the majority output format of my work and not theirs? They do it all in the computer too, you know, don’t be fooled. Much of what my print design colleagues work on is predominantly used digitally anyway, in some form or another. Any new creative generally has to work everywhere, and all designers are doing more and more digital-only work these days than ever before. So can designers just be designers now that digital isn’t a new thing? Is it still too soon? Pretty much all of Hollywood produce their motion pictures in a digital format now, using digital cameras and digital editing software. Do they refer to themselves as digital directors? Do they use digital writers? I jest.

Perhaps it makes more sense to start insisting non-digital designers refer to themselves as such—rather than as “designers”—in order to protect them from people assuming they have experience in digital when they might not. Given they are the ones currently rocking the ambiguous—or rather more holistic—title of designer; one which arguably implies experience, knowledge, and proficiency in all disciplines of design. Like an actor versus a voice actor? A chef to a pastry chef? Surgeon and a tree surgeon? Wait. I’ve forgotten what I was talking about…

Okay, so here’s the flipside—is the appendage of ‘digital’ more a mark of additional expertise than it is a sign of limitation? Is the implication that digital designers are just like regular designers but with digital superpowers? Perhaps I should be wearing the mark of ‘digital designer’ with pride. That I’m part of that exclusive club within design that only certain designers have membership. Ooooooh! I like that.

Or, maybe I’ll use one of these…

Andrew Nicolson
Good at creative solutions, collaborating and thinking of a third thing he's good at.