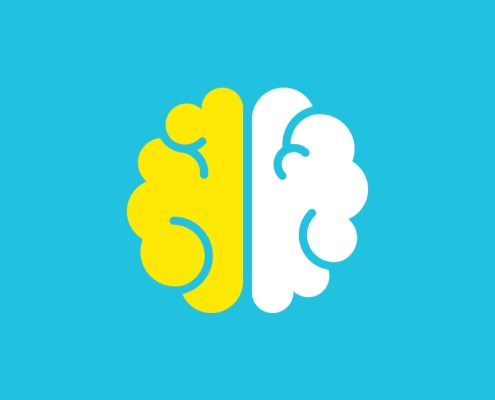 For as long as I can remember I’ve been referred to as creative. My mum would tell her friends, neighbours, and strangers, that her eldest (me) was very creative. My teachers, one-by-one, would refer to how creative I was on each of my report cards. Even my friends, at the very suggestion of painting/drawing/making something, I’d be assured that they (unlike myself, apparently) don’t have a creative bone in their body.

Well, guess what. Nobody does. Creativity isn’t in your bones, silly, it’s in your mind. Your brain. The place where you wonder about stuff. Figure stuff out. Dream. Imagine. The thing you use to actually do stuff. The brain is a creative muscle, and like all muscles, the more you use it, and exercise it, challenge and push it, the stronger it gets. We all have one… we all have the potential to be as creative as we like.

Now, being creative isn’t the same as being a designer or an artist, an illustrator, writer and so on. These are titles given to people who exercise their brain in particular ways, down specific routes, gaining knowledge and developing particular skills, by pursuing different creative goals. All creative, sure, but creativity exists in the all of us, on many levels, in different areas, and with varying visibility.

I’ve brought this up in reply to people proclaiming their lack of creativity and I’m often met with, “all I means is, some people are more creative than others. I’m at the low end”. Which, although might be completely true, is too simplified for my liking. It frustrates me that we in the creative industries or art world have been gifted the label of “creative” almost exclusively. That the word is synonymous with design, art, illustration and the like. I’ve met too many so-called creatives who lack the level of imagination and curiosity present in far too many others out with those fields. But they adopt the identity of creative, almost as a right… and therefore, I do not.

A surgeon who experiences an unexpected complication while carrying out an operation; a police detective investigating the case of a missing person; a plumber standing in a rapidly flooding kitchen beside the owner who has no idea where the water is coming from; anyone, anywhere, doing anything. Just because someone can name a typeface or produce a harmonious colour palette, doesn’t mean they’re any more creative than you. It’s just their job.

Creativity then. It’s curiosity. It’s wondering “what happens when I combine these things together”. It’s the willingness to try something out. Intrigue. Being inquisitive and asking questions. It’s that time you found a way to succeed when others couldn’t. It’s experimenting. Playing. Making. It’s having a problem and seeking a solution. It’s anything from naming your kneecaps to curing cancer.

I’m not creative, we all are. I’m just a designer.

Andrew Nicolson
Good at creative solutions, collaborating and thinking of a third thing he's good at.

You’ve read the headline. So why read on?
Scroll to top